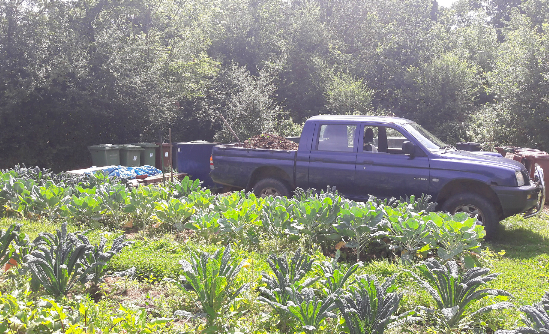 distribution of food and fertiliser (HH-4) 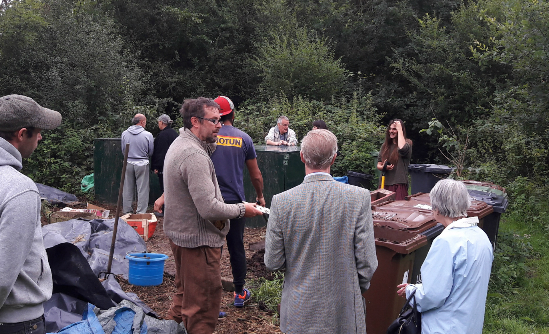 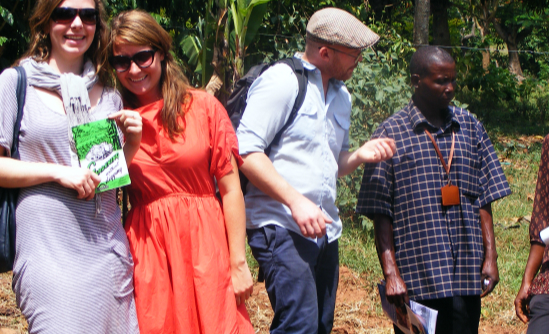 We are pleased to announce that the Good Gardeners Charity has moved into the International field.

With all the research on nutrition that the Good Gardeners have done over the years since 1962 we are proud to present our ability to transfer this technology into Africa where it is most needed.

Not only the news on nutrition which is fully supported by the Institute for Brain chemistry and human nutrition  and how it is crucial in its effects on the natal and pre-natal states of mother and child we are bringing in the science of Sir Albert Howard CIE., MA., etc., which conclusively proved the benefits of DRY sanitation as opposed to wet sanitation over one hundred years ago.

Howard worked with Major General Sir Robert McCarrison, who was a nutritionist in the British Army, and together they performed much research into the nutrition of different tribes and villages according to how they farmerd their land. This detailed information can be found on our research web site suaglon.co.uk. The upshot of this is that the Macarrison Society is still existing and their director Michael Crawford came to visit the demonstration farm of the Good Gardeners with a team of men.

The McCarrison Society and the Institute for Brain Chemicstry both fullly approve of our techniques of recycling wastes and our sebsequent growing techniques and wish to encourage others to engage our charity in soil remediation work and DRY sanitation installations.

Richard, the new director of the Good Gardeners has brought in this science into the Good Gardeners over the years as he was a trustee and consultant to the group. He has worked tirelessly since 1995 to introduce this work to the agriculture of today as he sees, along with many professors and soil scientists that what is lacking in todays soils is the micro organic life that the HH-2 system generates. In 2012 he was funded by Waterloo Foundation to attend the third international conference of water and sanitation in Kigali, Rwanda. NorgesVel provided the funding to carry out scale up trials on a Kampala University farm, where it was concluded that the  one hundred year old science is today effective in the destruction of harmfull pathogens.  Richard has devised from the work of Sir Albert the HH-2 processing units that have no moveing parts, are insulated and made in fibreglass which is a light easily transportable material. These are thus rat proof as rats cannot eat through fibreglass. Rats and flies are the greatest spreader of disease (World Health Orgnisation) and to curb these pests is essential in the management of sanitation. Thus a safe and ecconomical solution is manifest that can be applied to any village, school or community so that they don't have to rely on waterborne costs of using (so often) drinking water to flush toilets and constantly pay for the disposal of effluent by pmping out septic tanks. Pit latrines are worse as they raw untreated sewage can seep into the water table, 'causing the most loss of life on the planet' (WHO.,)

The surveys carried out by the Good Gardeners in 2012 and subsequently in 2016 at the Jinja region revealed that schools were still digging pit patrines which are un-lined and so easily soak away effluent into any adjoining water table. This is one of the greatest threats to human health on the planet today. As this is avoided with Richard's HH-2 and HH-3 DRY toilet system which operates completely above ground it means that any school or community can immediately save on water resources, disease risk and the need to puchase costly chemicals for the production of food because this effluent when heat treated through the HH-2 system destoys all the nasties that are present in human and animal wastes.

It was stated on the BBC world news in 2016 that 20 million were at risk of starvation across the Sahel region, not because there is not enough food but because they cannot afford the necessary chemicals to stave off plant pests and disease.

On the Good Gardeners demo farm(s) it has been consistently proved that by using the HH-2 system of waste recycling a product akin to fertilie top soil is achieved in as little as 90 days. This is so potent a fertiliser that it renders the plants so healthy with minerals, vitamins and proteins that they are not attractive to pests and disease. This was the work of Howard one hundred years ago and it is the work of the Good Gardeners today. Richard has been offered a TEDX talk in Kingston, London on this subject to be held in January 2018.

We hope you can assist us in our work in Africa and help spread this valuable knowledge across the continent. The all communities can manage their waste management and food production themselves. This is the key in getting our wonderful planet to feed its populations.

The Cholera bacterium and pathogens are destroyed by heat and as such Richard has developed the first containerised Cholera proof sanitation system. This could be employed in Refugee camps eveerywhere.