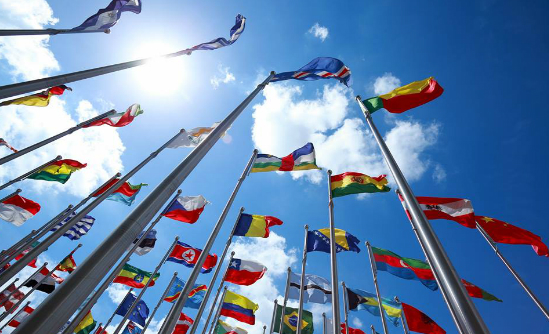 The need for accelerated biomedical research, and training and education for health professionals, has been highlighted at the first-ever World Health Assembly side event focused on M.E.

Taking place last night in Geneva and held by the International Alliance for M.E. (IAFME), led by Action for M.E. and hosted by the Union for International Control (UICC), the aim of the event was to raise awareness and understanding of M.E. among international policy-makers, and to build connections with other public health organisations and individuals who support the IAFME’s goal of achieving a global public health response to M.E.

Those attending were visibly shocked by a short screening from Jen Brea’s award-winning documentary Unrest, showing the devastating impact of M.E. on people across the world. Afterwards, panel members Sonya Chowdhury, Prof Chris Ponting, Greg Perry and M.E. patient Steven offered their view on the challenges facing people affected by M.E., and those that support them, and the steps that must be taken to address these.

“It is not OK that people with M.E. are being told there is nothing wrong with them, whether that’s one person, 100 people, or 35 million people – which is the latest estimated number of people with M.E., using data from a new research due to be published,” said Sonya Chowdhury, Chief Executive, Action for M.E. “The universal health coverage championed by the World Health Organisation must include coverage for every single person. They must not turn their backs on one person with M.E., let alone 35 million.”

Steven, who lives on the French-Swiss border, described the difficulties he faced in getting a diagnosis, and we also heard, via video, from Dr Nina Muirhead, a UK surgeon living with M.E. “It is true of most hospital doctors that they do not know about, or understand, M.E./CFS,” she said. “This was the case for me before I got ill in 2016.” You can watch Nina’s video on the IAFME Facebook page.

Turning to the urgent need for accelerated biomedical research, Prof Chris Ponting, University of Edinburgh, suggested four key areas of focus: a large-scale genome-wide association study that will help us understand the genetics of M.E.; cheap, longitudinal, population-scale immune system surveys; molecular and physiological measurements of people with M.E. following exercise; and taking action to ensure that case-control studies use more appropriate control cohorts with individuals with sedentary lives. He was also emphatic about the need to bring more new and established scientists into the field.

Our final speaker was Greg Perry, Assistant Director General, International Federation of Pharmaceutical Manufacturers and Associations. “I am struck by the fact that M.E. has been around for a long time, but there has still not been any real progress ,” he said. “I do think that the World Health Organisation is a hub of innovate thinking, so there are great opportunities here to focus on this neglected disease.”

During a lively discussion, moderated by Alexandra Heumber, Head of International Advocacy and Coordinator of the IAFME, based in Geneva, the panel heard from people directly affected by M.E., and from those working within global health policy. They reinforced the need for global leadership from the World Health Organisation in setting-up a framework, at global level, that guides and supports policy-makers and health professionals whose decisions impact the lives of those with M.E.

We are hugely grateful to Dr Cary Adams, Chief Executive, UICC, for hosting this event, and for everyone who contributed, particularly those affected by M.E.